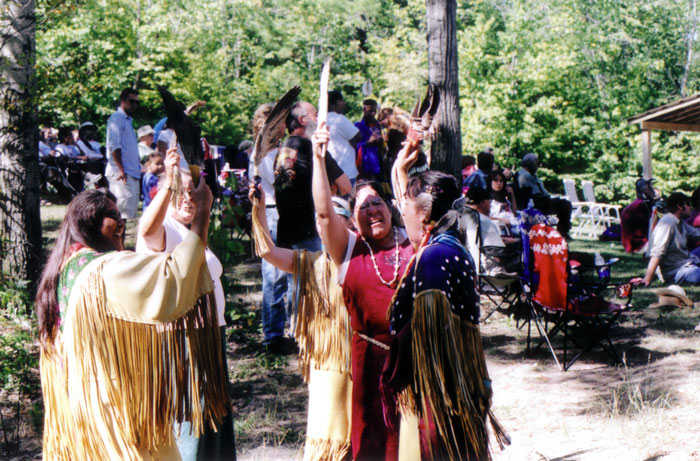 In the late 1950’s and early 1960’s Indigenous people increasingly began to migrate from First Nation communities into urban centres searching for improved access to programs and services such as employment and health and social services. For many, leaving their home communities was a loss; a disconnect from their culture. People eventually came together in an effort to reconnect with their cultural identity and create a sense of belonging – a place to gather, have tea and talk. These “gathering places” were the beginning. Over time, gathering places incorporated to form Friendship Centre, enabling the organization to seek funding for various programs and services based on the needs of their community.

The Nogojiwanong Friendship Centre incorporated on February 29, 2008, and was located on Simcoe Street. The First Directors were: